NEW DELHI: Bollywood superstar Salman Khan left everyone surprised after he took to social media and shared the second trailer of Kangana Ranaut's upcoming action flick 'Dhaakad'. Soon after the makers dropped the new trailer of the actioner, Salman shared the video on his Instagram handle, while also wishing the team.

Kangana was quick to reshare Salman's post and wrote, "Thank you my Dabangg hero heart of gold…I will never say again that I am alone in this industry…thank you from entire Dhaakad team."

This social media exchange comes just a week before the film's release on May 20. 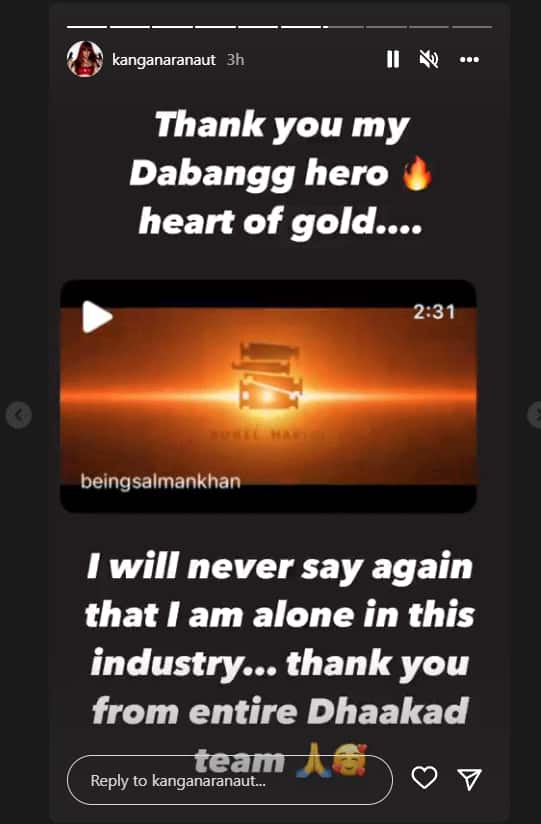 The action scenes in the film are already grabbing eyeballs, apart from Kangana’s various looks.

Interestingly, Amitabh Bachchan made headlines when he took to his social media handles to share a teaser of a song from the upcoming spy film. However, the megastar later deleted it for reasons best known to him.