New Delhi: Sanjay Dutt and wife Maanayata have many reasons to celebrate this Eid as the superstar’s recent film ‘K.G.F: Chapter 2’ became the biggest Day-1 opener in Indian cinema's history.

Grossing close to Rs 135 crore on its opening day, the magnum opus demolished all previous box office records and cemented its position as one of the biggest Indian films of all time as it crossed the Rs 1000-crore mark in just 17 days worldwide.

It’s a special time for the Dutt family, as Sanjay Dutt walked away with rave reviews for his portrayal of ‘Adheera’, Rocky’s nemesis in the film and more importantly did so while battling cancer and overcoming the challenging situation while filming the blockbuster.

Check out his pre-Eid celebrations with his family: 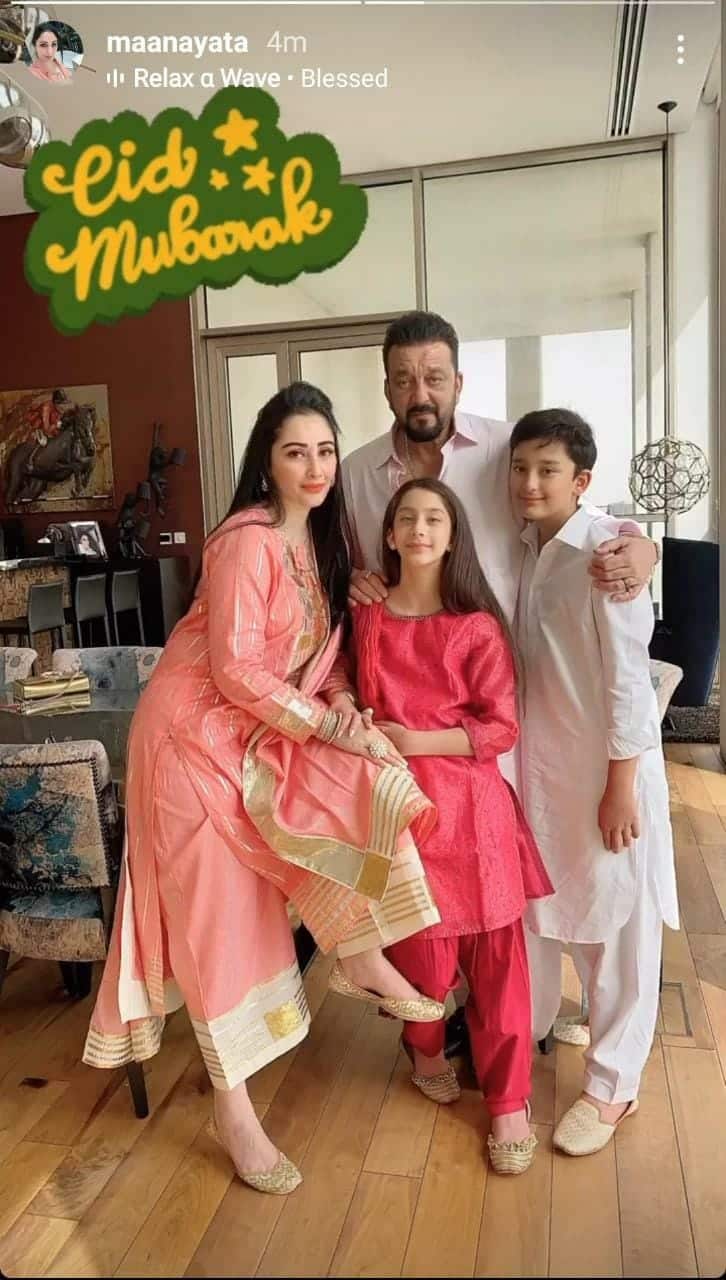 Maanayata Dutt said, “Eid celebrations this year are all the more special for us with the success of KGF2 and all the love and support Sanjay received for his performance in the film. Despite all the challenges that came his way, he powered through for the love of his fans and his passion for the craft and the success of the film reinstilled that love even more. This celebration is all the more joyous and a happy one for the entire family and we wish everyone a happy, prosperous and peaceful Eid.”

With KGF:Chapter 2’s success, Sanjay Dutt adds another iconic character to his list of memorable performances, proving that when it comes to on screen villains, he is the ultimate onscreen baddie!