Mumbai: Actor Disha Patani is the latest addition to Nag Ashwin’s sci-fi `Project K`, that also features Deepika Padukone, Prabhas and Amitabh Bachchan. Deepika and Prabhas already began shooting for ‘Project K’ a few  months earlier in Hyderabad. On Saturday night, Disha took to Instagram and dropped a picture of flowers and a gift hamper that she has received from the team of `Project K`. The team also sent her a heartfelt welcome note that read, "Welcome Disha. Project K welcomes you! We are thrilled to have you on board."Disha added a string of red heart emojis to the picture.

The official announcement by the makers is yet awaited. 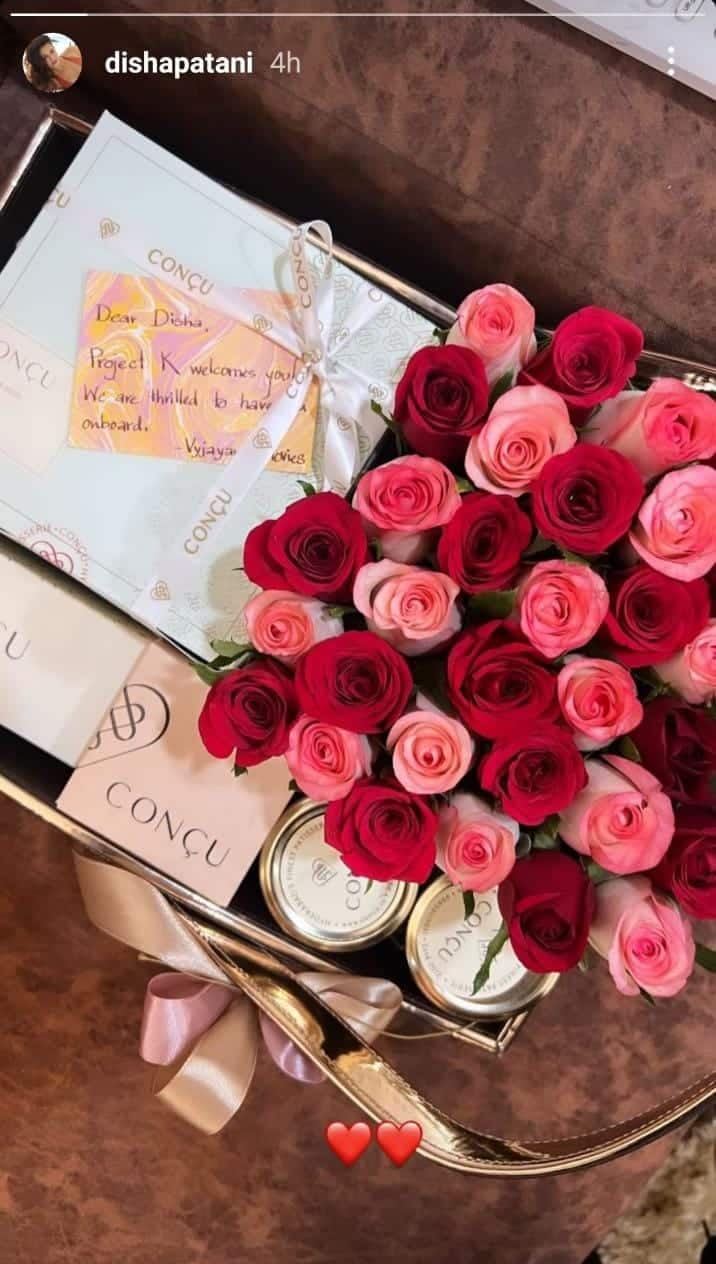 `Project K` is touted as a mega-budget sci-fi thriller, which is being helmed by Nag Ashwin. The film is using cutting-edge visual technology and will introduce high-class visual effects in an Indian film. The pan-Indian movie will be released in Telugu, Tamil, Hindi, Kannada and Malayalam languages.